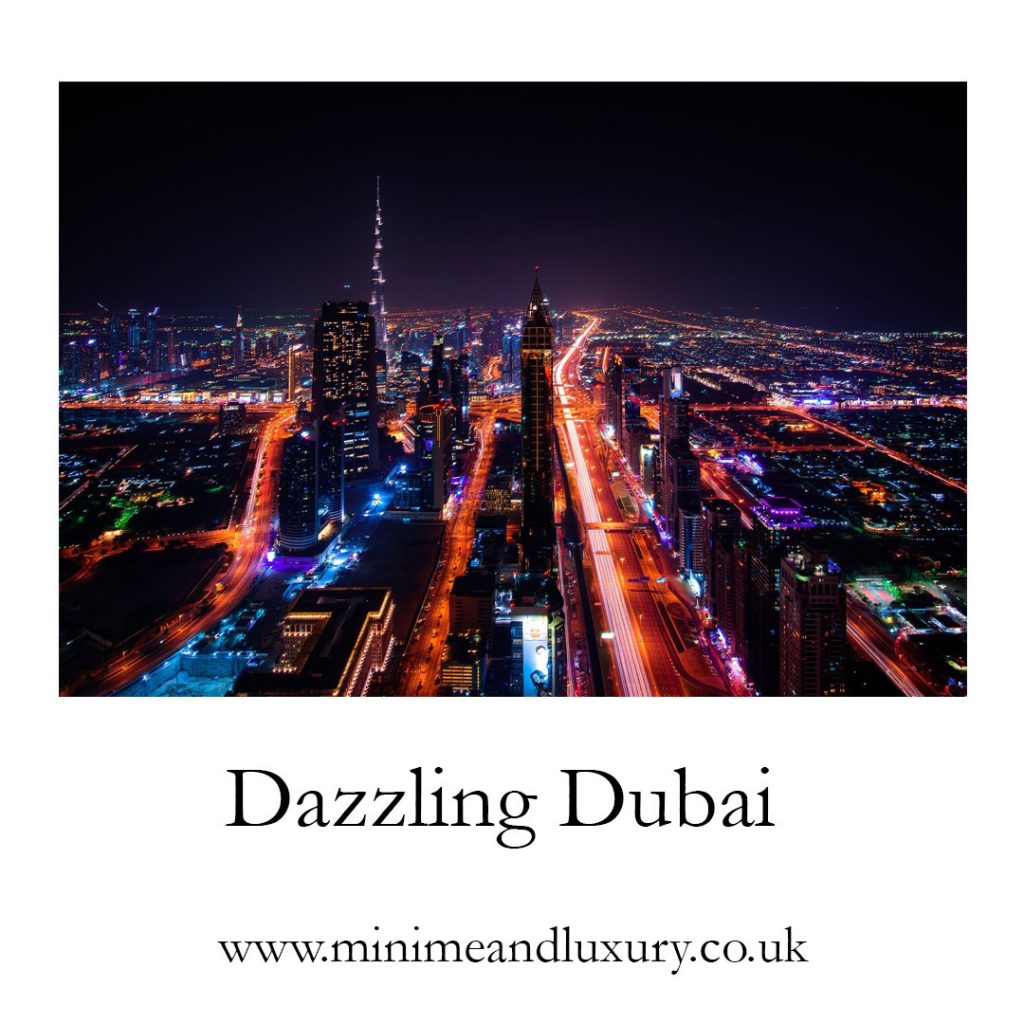 Dubai is one of the most beautiful places I have ever lived, breathtaking beaches and picture perfect sunset’s. I loved getting immersed into the culture, food and climate.

There are a staggering 105 direct flights per week from London to Dubai, with a flight time of six to seven hours and a four-hour time difference. You can also fly from Manchester and Birmingham airport. Is warm all year round with two distinct summer and winter seasons. The lowest average temperatures are around 20⁰C in January, while the summer months (between June and August) is very hot and humid, with temperatures exceeding 43 °C and the he sea temperature could also reach 37 °C (99 °F), with humidity averaging over 90%.

Dubai gets an average of 8 to 10 hours of sunshine a day year round, so you can generally expect blue skies and warm to hot weather that makes waterparks a fun option for families whenever you visit. December to March is generally the best time to visit Dubai weather-wise Currency of the UAE is the UAE dirham. Seven counties make up the UAE and use the Dirham, Abu Dhabi, Ajman, Dubai, Fujairah, Ras al Khaima, Sharjah and Umm al Qaiwain. Tourists and visitors are able to buy and drink alcohol in licensed venues, such as hotels, restaurants and clubs. However, you should be aware that it is a punishable offence under UAE law to drink or be under the influence of alcohol in public. British nationals have been arrested and charged under this law, often in cases where they have come to the attention of the police for a related offence or matter, such as disorderly or offensive behaviour.

Generally, the legal age for drinking alcohol is 18 in Abu Dhabi, but a Ministry of Tourism by-law prevents hotels from serving alcohol to those under the age of 21. In Dubai and all other emirates besides Sharjah, the drinking age is 21. Drinking alcohol in Sharjah is illegal. It is a good idea to read up on the foreign travel advice here. I have had some of the best meals in Dubai restaurants and they serve a wide variety of world class cuisine. There are a number of Michelin-starred restaurants in Dubai and you must try brunch….

Traditionally, brunch was defined as the big meal somewhere in between breakfast and lunch. Brunch in Dubai is something else. It’s an all-inclusive feast of food and often drinks. Different restaurants and resorts offer different inclusive drinks menus, from non-alcoholic to champagne and luxurious wine options. Mind the roads, you are seven times more likely to be killed in a fatal road traffic accident here than in the UK.

There are rules, and you need to read up on them before travelling as its not uncommon for tourists to be detained or jailed for doing something that’s legal in their home Country.

Kissing or public displays of affection between non marred couples are forbidden, you are not allowed to take someone’s photo without direct consent nor are you allowed to take photos f government buildings. Crude language and aggressive gestures are also criminal offences.