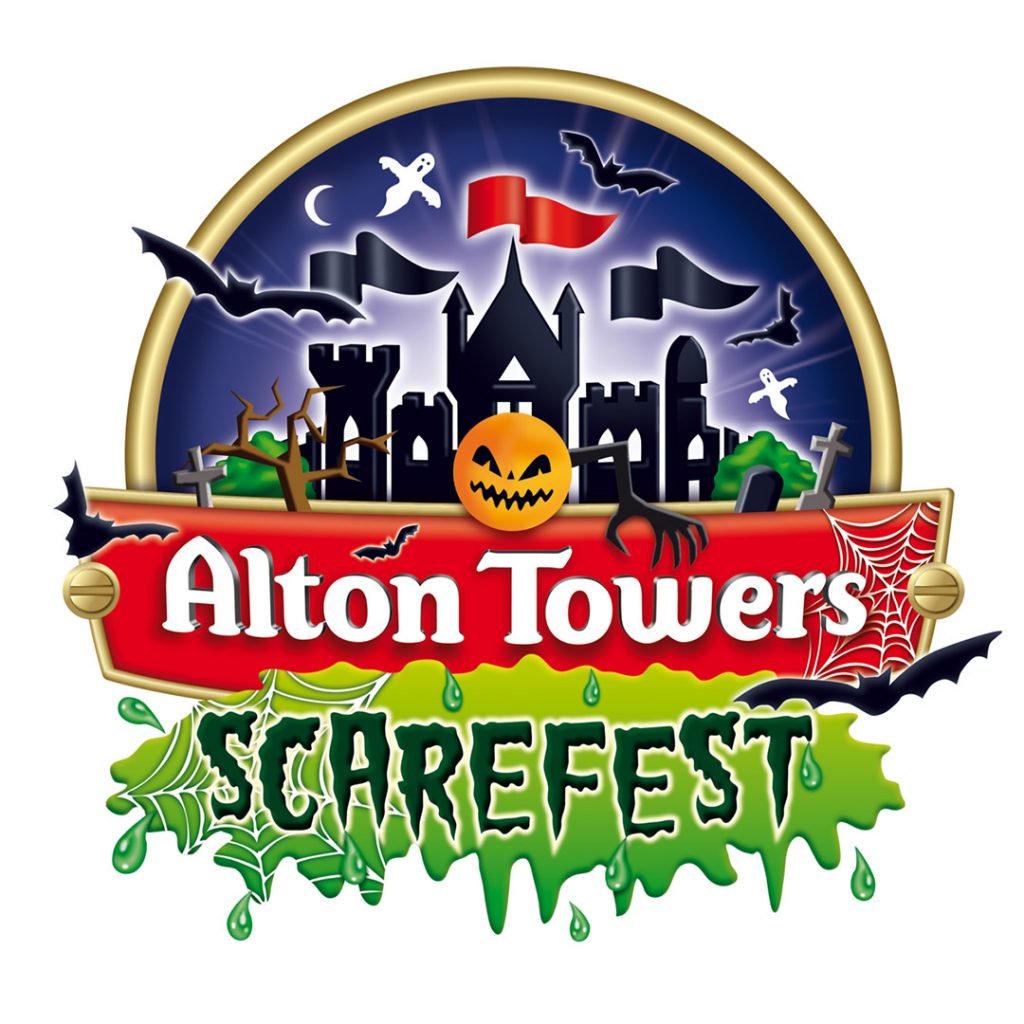 We were excited to attend Alton Towers Resort’s award-winning Scarefest event, the UK’s biggest and best Halloween event with spooks, frights and thrills for everyone.

I was a little worried that things might be a little too scary for Minime (aged 4) but after a full day enjoying the rides- they are open until 9pm during Scarefest he thoroughly enjoyed the Alton Ancestors flashmob dancing throughout the day, and the park’s own cast of silly spooks – the Freaky Four – performing energetic live shows which were perfect for younger guests. Minime loved walking through the travelling circus….. Dare you walk amongst the fascinating characters? Be careful not to get too close! This attraction can be found near gloomy wood and starts at 5.30pm.

I have added information below about the Scare Mazes who are suitable for older children and adults.

The Welcoming: Be Chosen  joins the terrifying line-up and is set to not only be a petrifying experience in itself, but also providing a first glimpse into the Resort’s new attraction for 2018, currently codenamed ‘Secret Weapon 8’.

The woods surrounding the village of Alton harbor a mysterious group, which until recent sightings were unseen by the modern world. Whispers around the village say that the group are angered by people abusing the world’s natural resources and the rapid advance of technology. Every year the secluded group host a festival to celebrate their own interpretation of Halloween – paying homage to the earth and celebrating the crossover between the living world and the dead. The group have recently infiltrated the Alton Towers Resort and for the first time are allowing outsiders to celebrate with them. But what part will you (‘the outsiders’) play in this ritual? (Suitable for those aged 15+)

Altonville Mine Tours: Uncover The Legend Of The Skin Snatchers

Altonville Mine Tours re-opens this year with an extended tour of newly discovered depths of the mine. ‘Altonville Mine Tours: uncover the legend of the Skin Snatchers’ will see guests taken on a tour deep underground which holds a deep dark secret. Those brave enough can head to ‘Altonville’ and enter the, damp disused mine, which is believed to have once been home to a family of village outcasts. Nicknamed the ‘Skin Snatchers’ by local residents, their spine-chilling secret is about to be unearthed. Altonville Mine Tours looks forward to welcoming you – they always welcome new faces… (Suitable for those aged 15+)

Terror of the Towers: What Lies Within?

The award-winning ‘Terror of the Towers: What Lies Within’ maze returns and this year the scares have been ramped up like never before. For those who dare enter the undiscovered passageways of Gothic towers, just beware of what lies within… (Suitable for those aged 15+)

A post-apocalyptic, sewer dwelling community have been infested by a species from another world. In order to survive, they appease the creature’s hunger by sacrificing innocent people from the surface. However, over time, insanity has twisted the feeding ritual into a sick contest. Your demise is now their entertainment. This year find your way through the underground system with new routes to take but which will you choose? Let the death race begin! (Suitable for those aged 15+) The House of Monsters scare maze.

• Scare Maze tickets start from £8, and can be prebooked at altontowers.com/scarefest
• The Welcoming: Be Chosen, Sub Species: The End Games, Altonville Mine Tours and Terror Of The Towers all have a strict 15+ age limit
• Theme Park tickets available from £32 for an adult and £27.50 for a child when booked online at www.altontowers.com 5+ days prior to visit
• Hotel stays start from just £130 per person per night based on 4 sharing on a B&B basis when booked online at www.altontowers.com