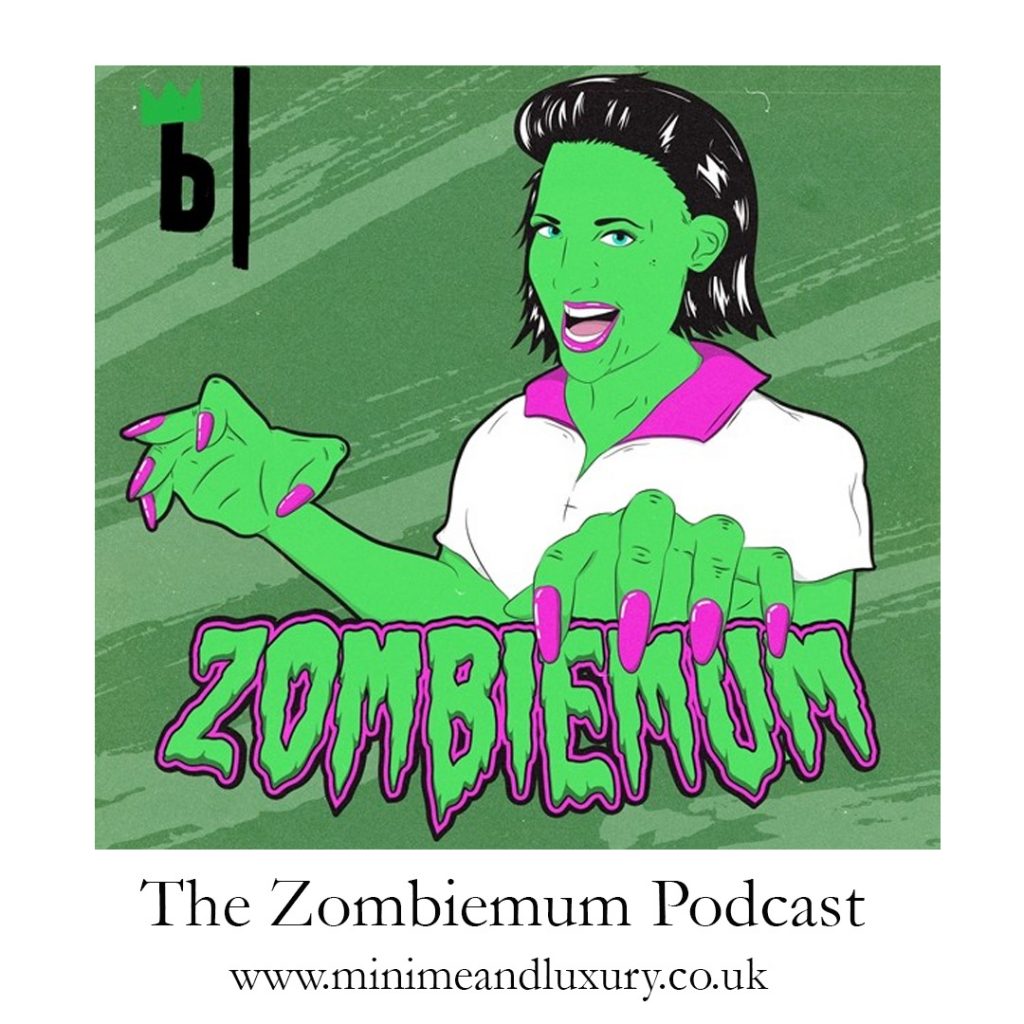 When writer and illustrator Laura Dockrill first became a mum, the experience was life changing – but not in the way she was expecting. She woke up on her first Mother’s Day in a psychiatric ward, without a clue where she was, separated from her new born, with a diagnosis of post-partum psychosis. Since her experience, she’s been on a mission to uncover the psychological effects of bringing a small person into this world and smash the stigma’s associated with that.  In 2020 Laura wrote “What Have I Done?”, a powerful memoir which explores the award-winning author’s struggle with post-partem psychosis. Following up from “What Have I Done?” in March 2021 Laura Dockrill launches Zombiemum, produced by Broccoli Productions in a deal done between Broccoli CEO Renay Richardson and Ariella Feiner at United Agents. Each week she’s talking to a different guest each with their own unique experience, either through being a parent themselves or their own childhood, for a deep dive into the topics that aren’t discussed enough. Guests include Paloma Faith, Joe Wicks, Candice Brathwaite and Denise Welch.

Season 1 of Zombiemum will feature 11 episodes; episode 1 was March 30th 2021 and is another example of Broccoli Productions’ core ethos and purpose which is to create content with stories that empower.

“Zombiemum is an extension of “What Have I Done?” opening up the floor to have a much-needed conversation, to throw light onto the darkness. I wanted to speak the unapologetic real talk I craved, capturing true lived accounts from real people that had done it and lived to tell the tale. It’s not just for new parents either, these are raw human stories told from the front lines covering many themes from a range of points of view about the human condition, stories that touch us all. Broccoli have given me permission, support and a safe space to talk to some incredibly inspiring, courageous and generous sur-THRIVE-ers that have been through some tough stuff and made it out alive. Zombiemum is a hand in the darkness.” Laura Dockrill Laura Dockrill was first featured by Broccoli when she took part in its Anthems Women series, which was a bold collection of 31 original manifestos, speeches, stories, poems and rallying cries written and voiced by exceptional women from across Britain. Laura’s book What Have I Done? was featured on the first episode of The Broccoli Book Club in 2021.

You can listen to the Zombiemum Podcast here:

Broccoli Productions (formerly Broccoli Content) was founded in 2018 by award-winning producer Renay Richardson after the runaway success of her independently produced podcast About Race with Reni Eddo-Lodge. Broccoli Productions purpose is to create with stories that empower, while opening opportunities for minority talent both in front of, and behind, the mic. Featuring a diverse team of storytellers and audio enthusiasts, Broccoli’s goal is to build an inclusive environment that breaks away from the stale and pale mainstream cultural industry, while offering audiences healthy and bold media alternatives.  Their current slate includes the flagship series Your Broccoli Weekly hosted journalist Diyora Shadijanova and Money 101, a Millennial personal finance podcast, for BBC Sounds,  Broccoli Book Club and Anthems, which is a call to action, uplifting and empowering.  In 2020 Renay was awarded the Podcast Champion award at the British Podcast Awards.