Our visit to Auschwitz 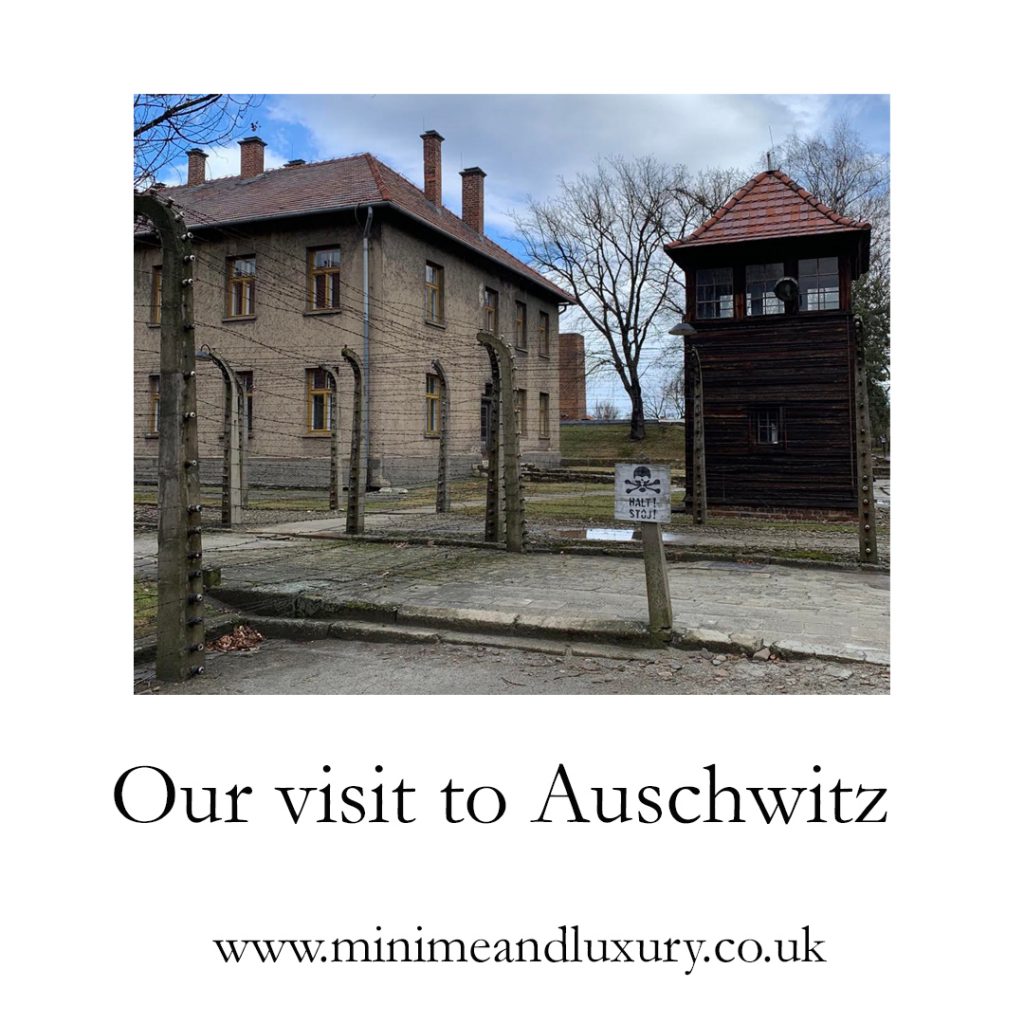 Minime is passionate about history and has repeatedly asked me about visiting Auschwitz, but I have always put him off because at eight I didn’t feel he was emotionally ready to visit. However after a recent piece of work at school and a renewed enthusiasm to visit- we packed our bags and jumped on a plane and headed to Krakow.

There are so many ways to visit and the most popular seemed to be an organised trip departing from Krakow, but our hotel was out of town so I rented an Uber by the hour. It was such a great way of doing it, collection was straight from the hotel with any requested stops along the way but don’t forget to purchase your tickets in advance! On arrival there are so many people trying to find their groups and guides it’s a little overwhelming. Our trip included a cinema visit which was really helpful as it outlined the story and set the tone- the cinema is available in all languages and you are given a headset and earphones to plug in.

We met out fantastic guide and she began the tour, there were eight of us and Minime was the youngest by far. The initial tour around Auschwitz 1 includes visiting many of the different buildings which homed the prisoners and how hosts a plethora of memorabilia including actual authentic clothing and shoes.

During the first part of the tour you see the courtyard of death, where unruly members were shot for disobedience and you got to see the first crematorium. The first part of the tour took about 1.5 hours and be warned there are lots of steps and quite a lot of walking on uneven ground. It is worth noting the buggies are not allowed in the buildings as they are all original.

We were then whisked on a complimentary shuttle bus to Auschwitz Birkenau, the sheer size of it really hit us. It’s believed that 1.3 million people were tortured, starved and murdered on this site. During the tour we visited a gas chamber and crematorium- it was such a sobering and life changing moment for me.

You get to see the train carriage that brought so many people to a promised better life when indeed they were being sentenced to death, the original train track still exists and we walked along the “walk of death” where 1000’s before is unbeknown to them walked to the showers which were in-fact gas chambers where they would take their last breath. I don’t regret taking Minime at all, but would exercise caution with children as I am sure some would be negatively impacted.

Auschwitz made me question so much about my own life, and how we live today. Making every moment count is now in the forefront of my mind.