Horse Riding- Turning off the IPad 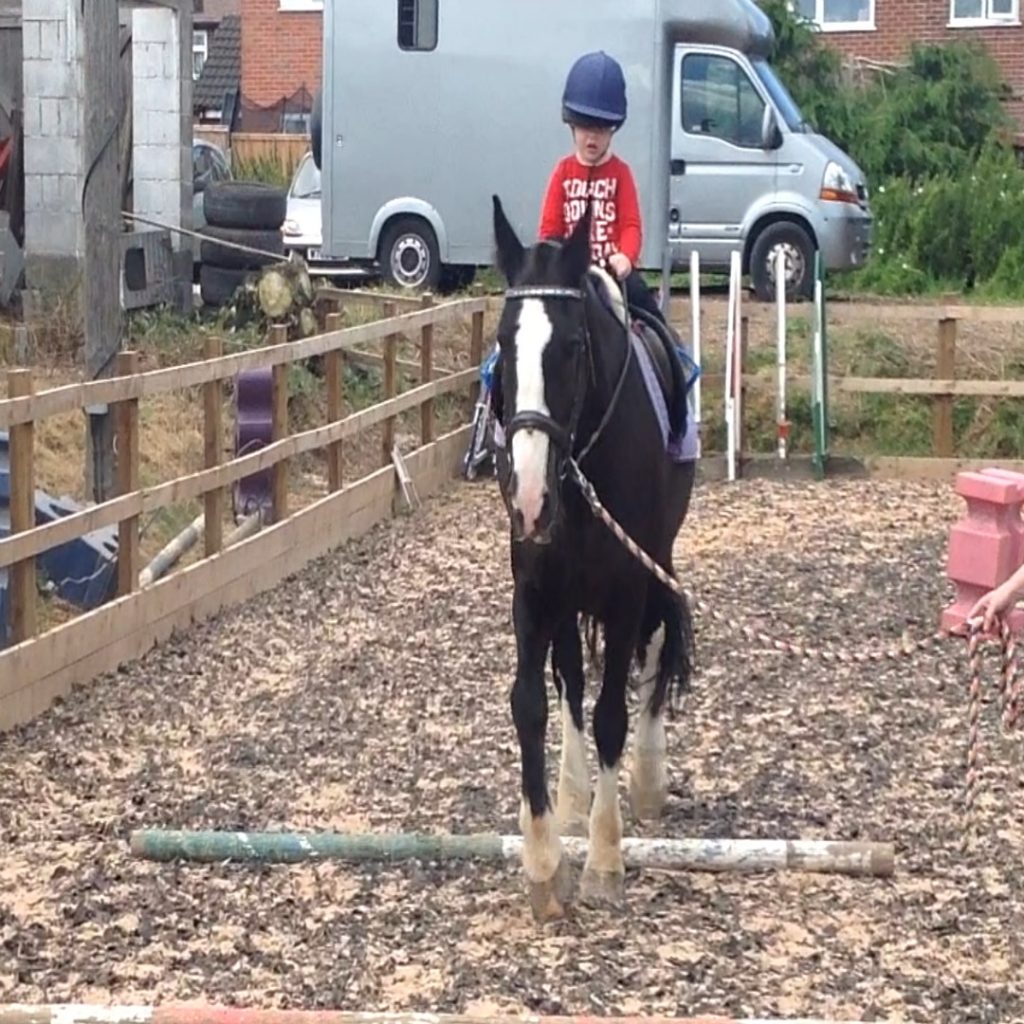 I never thought I would be a parent who allowed their child to play the ipad or watch TV, as a childcare professional I always frowned against it- However fast forward 5 years and I find myself with a 3-year-old throwing a tantrum because I want to limit his ipad time.

ENOUGH IS ENOUGH! Organic activities it is for Minime from now on, so I take him to the stables to jump in puddles and to meet other muddy, non-ipad playing children and I thought he would love it. He has never shown any interest in riding horses, as it is a hobby I have restarted after 10 years in the saddle, so I thought it would be fine just to be in the outdoor environment.

Minime did not throw himself into playing in the mud or grooming the ponies, he wanted to ride and he wanted to ride now! We came home (screaming) and I explained that we needed to get some things sorted and I would take him back tomorrow.

I purchased some BHS (British Horse Society) insurance for him, and we went to the saddlery on the way to the stables and he wanted some blue stirrups and off we trotted to the stables.

My iPad obsessed toddler was now showing a real interest in something that wasn’t on a screen and I couldn’t be happier. Minime rode through the summer of 2016 and competed in 2 “jump nights” and won rosettes which are in pride of place in his bedroom.

I am hoping that this year will not be any different and when it warms up, we can start to spend “Mama & Minime” days at the stables horse riding once again.

Update: We are now 1 year later and Minime is still horse riding and his collection of rosettes is growing!

Minime and Luxury | A luxury lifestyle, parenting and baby blog featuring the Life of Luxury and the Luxury of my life.
Designed By Online 99 Ltd - © Copyright 2020