In love with LA 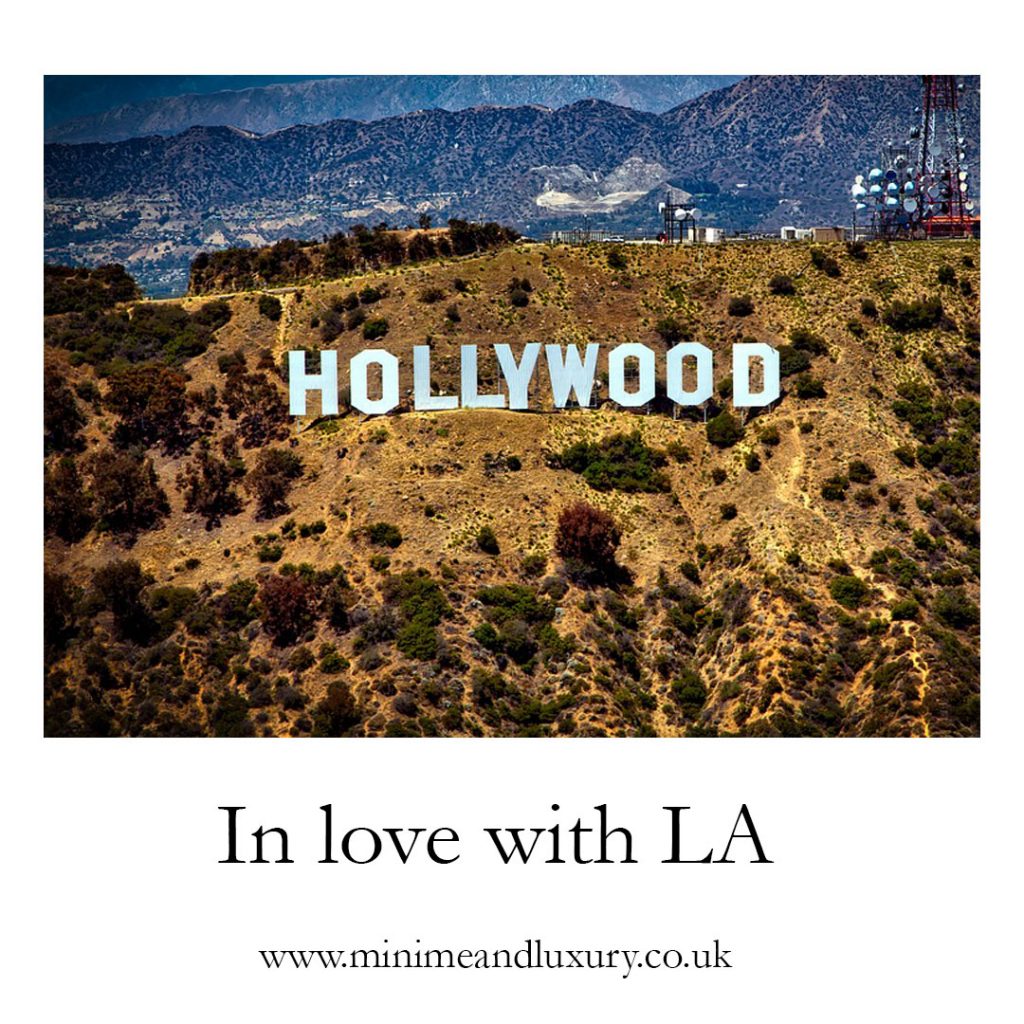 Los Angeles is a sprawling southern Californian city, with a population of over 4 million and one of my favourite places to visit. Jam packed with things to do, such as visiting world-famous attractions, walking along some of the best beaches I have ever seen and the most amazing hiking opportunities with views that are breath-taking.

There are around 170 direct flights per week from London to Los Angeles, with a flight time of 10-11 hours and an 8 hour time difference. I usually prefer to have an overnight hotel stay to break up the drive to the airport, flight and time difference.

If you are travelling from the UK, you will need the Electronic System for Travel Authorisation (ESTA) visa waiver to enter or transit the USA as a visitor. You should consult the US State Department website to determine which you will need. Is warm all year round is the hottest month in Los Angeles with an average temperature of 22°C and the coldest is January at 13°C, with the most daily sunshine hours at 13 in August. When I was there a few years ago in July the temperature reached 35°C!

The wettest month is January with an average of 79mm of rain. The best month to swim in the sea is in September when the average sea temperature is 20°C If you’re traveling to the U.S. and plan on arriving in Los Angeles (LA) at LAX airport, you’ll likely need U.S. currency for cash purchases, such as a coffee or bottle of water. You can check out exchange rates before you leave to see where has the best deals. The food choice is huge but I suggest you try some of the iconic LA food such as the classic chilli dog, ice cream, sandwiches, pastrami sub, Froyo, chicken & waffles and cream pie. Food is such an important part of life in LA and it makes the perfect place to meet when Dating in Los Angeles.

Alcohol- It is illegal for anyone under 21 to drink alcohol in LA and no one can possess an open container of alcohol in a car, meaning any container, including a bottle, can, cup, etc, that has been opened, or where the seal has been broken, or when any alcohol has been removed in any way, even if the container is now closed. Falling in Love with LA:

Whether you chose to fall in love with LA, fall in love in LA or indeed both- there are so many places you should visit. All of the below are great alone, on a date with Los Angeles Personals, or with your family.

Hollywood Walk of Fame: Tinseltown’s star-studded tribute to the artists, global icons, producers and directors who have made significant contributions to entertainment.

Disneyland Park: Aptly named “The Happiest place on earth”. It was the vision of the late American animator and movie producer Walt Disney. It has over 100 rides and attractions.

Universal Studios: Where world famous TV and movie studios come to life. You get to go behind the scenes of Harry Potter, Fast & furious and many more. There are some fabulous rides to enjoy. There is such a wide selection of shopping choices in LA, from the uber swanky Rodeo Drive which is the home to stores such as Armani, Bvlgari and Cartier or you could head to the Grove and visit their 51 stores including, Banana Republic, Gap and Nordstrom.